This story includes a speculative depiction of a fictional Toyota GR86 Shooting Brake Crossover created by Sugar Chow that is not related to or endorsed by Toyota.

The designer had already blessed us with a number of renderings showing off an alternate Shooting Brake body style for the GR86 sports car, which looked quite promising. We know Toyota wouldn’t invest in a new variant of a low-volume model like the GR86, but the fictional model seemed to strike the perfect balance between practicality and unique styling, reminiscent of the “clown shoe” BMW Z3 Coupe (but more handsome). ).

See also: Would you prefer a BMW M4 Shooting Brake over the M3 Touring?

The new version brings additional off-road capability, similar to what Porsche is doing with the Taycan Cross Turismo, or what Lamborghini will soon do with the Huracan Sterrato. As described by Sugar Chow on Instagram, the model looks like a marriage between the two-door Land Cruiser Prado and the regular GR86.

The GR86 has been transformed into a safari vehicle thanks to the addition of an additional kit. Ground clearance has been increased thanks to a beefed-up suspension and the addition of fat off-road tires. The front and rear bumpers are left unpainted for a rugged look, while there are matching fender inserts that cover the wider wheels. A snazzy-looking skid bar up front with mounting points and additional fog lights ensures the bodywork is protected, while a snorkel will potentially help with wading depth, although this Subaru-style air intake doesn’t appear to be compatible with underwater driving. . 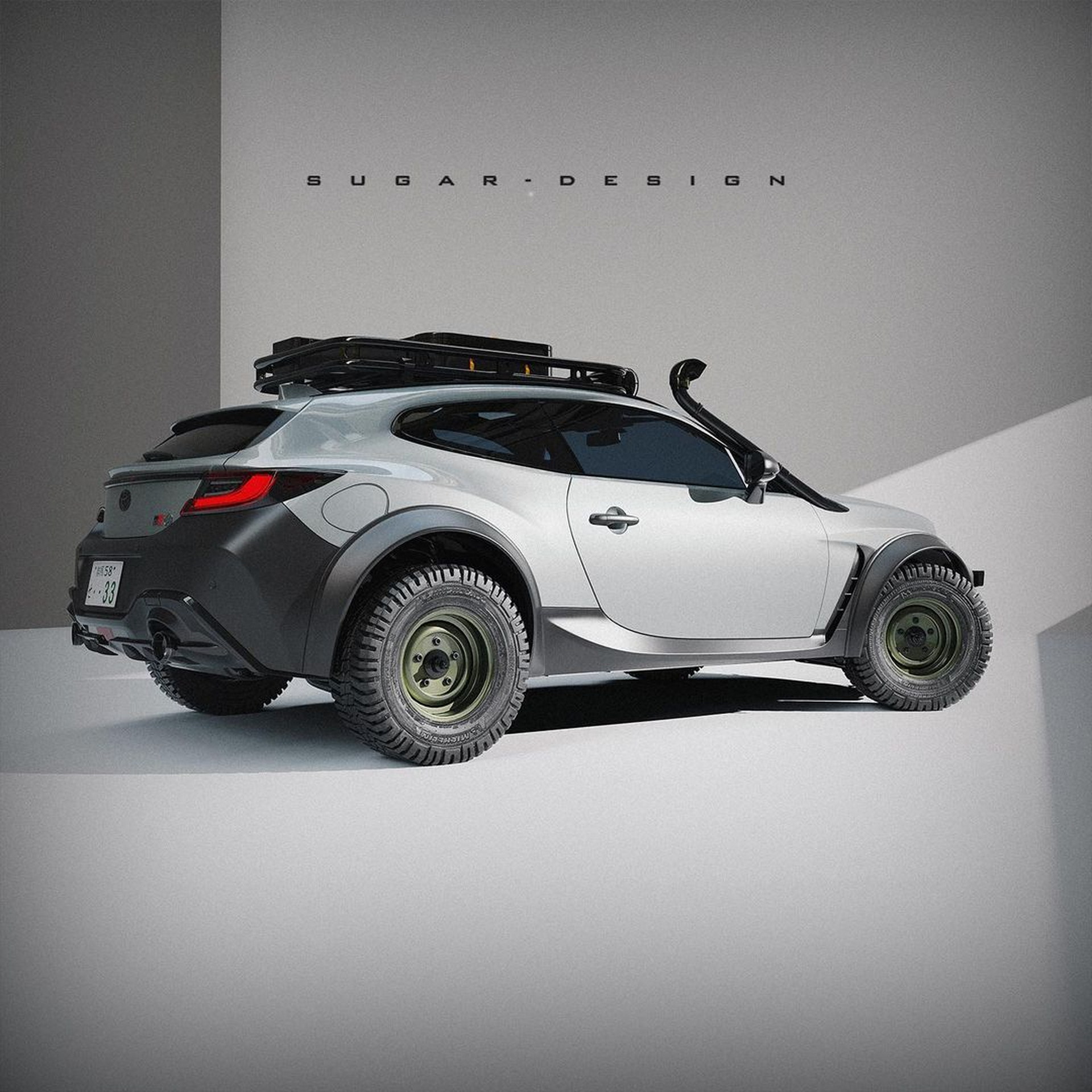 Last but not least, the designer added a custom roof rack with additional LED lights, providing plenty of extra room for any type of gear. The Shooting Brake’s silhouette is definitely more suited to a crossover than the regular two-door coupe, providing more room inside the 2+2 cabin, a considerably larger trunk and better visibility.

While it would be nice to have a bit more oomph, the naturally aspirated 2.0-litre boxer engine producing 232 hp (173 kW / 235 PS) and 250 Nm (184.4 lb-ft) of torque is perfect for such a vehicle. . The Toyota GR86 and Subaru BRZ are available exclusively in RWD form, which makes an AWD conversion quite expensive, if not impossible, but who’d say no to a little power sliding over dirt?

We know Toyota would never produce such a vehicle, but the little boy in you would love to see the GR86 Shooting Brake Crossover come to life, at least in the form of a crazy one-off build for SEMA.